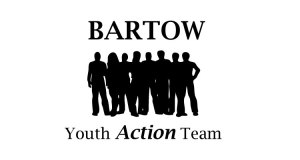 Youth Action Team member, Jahidi Solomon, was selected as the first runner up in the Miss Teenage Bartow County Pageant held at Excel Christian Academy. Ambria King won the 2012 title. The pageant, which is sponsored by the Afro American Social Civic Association, culminated after a week of activities that included a parade through Cartersville.

View all posts by BADAdmin